The packaging industry made exports amounting $2,414,219,000 between January and June. The industry's export achieved 11 percent increase in quantity and 4 percent increase in value compared to the previous year. Mr. Zeki Sarıbekir, President of Turkish Packaging Manufacturers Association (ASD) said, "We are happy and proud, as the industry, to have achieved $883 million foreign trade surplus during this period. Another positive development is that we export to the European region the most”.

Having closed the previous year with $4.7 billion in exports, the packaging industry continues to contribute to Turkey's total exports. Industry exports increased by 11 percent in quantity and 4 percent in value in the first half of this year compared to the same period in the previous year, and were calculated as $2,414,219,000.

The packaging industry exported to Germany the most, amounting $197,530,000. Germany was followed by UK, Iraq, Italy, Israel, France, USA, the Netherlands, Spain and Belgium, respectively. In terms of general totals according to packaging types, plastic packages ranked the first with 65 percent share and paper/cardboard packages ranked the second with 22 percent share.

Evaluating the first 6 months figures of the sector, Mr. Zeki Sarıbekir, President of ASD said, "It is a positive development for our country and our industry that we had $883 million foreign trade surplus in the first six months of the year. As the sector, we set export-oriented strategies to contribute to closing the current account deficit. The numbers show that we're taking the right steps in this regard. Another important development is that we export to European countries the most. During the pandemic, the wheels of production in Europe came to a halt. Turkey's industry took all measures against the virus and continued to make production. The packaging industry will continue to have an export-oriented mindset and to explore alternative markets without interruption. I believe that in 2023, when we'll be celebrating the 100th anniversary of the Republic of Turkey, we will achieve our target of $30 billion market size, $8-10 billion export and annual packaging consumption of $380 per capita”. Crescent and Stars for Packaging Competition Applications Will Begin on February 1, 2022 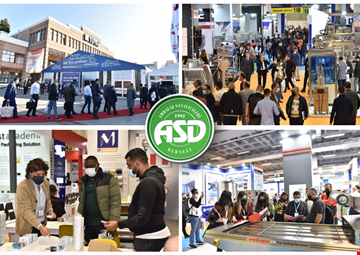